One of the CSN’s major strengths lies in the autonomy of all its affiliated unions representing more than 300,000 members.

This autonomy stems primarily from the fact that at the CSN—unlike the situation existing in other labour organizations—local unions and their members are issued their own certification by la Commission des relations du travail (CRT). This certification is in fact the “legal document” that grants the union all of its powers, including the power to negotiate a collective agreement.

The autonomy of local unions and their members’ powers

The members of a union affiliated with the CSN are therefore fully empowered to genuinely control the policies and actions of their own unions. This means that they have:

The bonds of solidarity

Although unions affiliated with the CSN enjoy considerable autonomy, unequalled anywhere else, this does not mean that they are isolated from one another.

In affiliating with the CSN, a union freely chooses to join with other groups of unionized workers. That is why it is said that CSN unions, though autonomous, are joined by bonds of solidarity.

This solidarity is primarily expressed by the fact that members and their unions are linked together in the following ways:

For each of these organizations, the ultimate decision-making power lies with the Convention, an assembly made up of representatives from all of their affiliated unions. Intermediary bodies composed of members elected by the rank and file are responsible for ensuring that the decisions ratified at the Convention are carried out and that the organization’s day-today operations run smoothly.

The CSN’s professional defence fund (FDP) is one of the many forms of union solidarity that characterizes the CSN.

Section 11 of the fund’s By-Laws states that: “an affiliated union is the sole authority that can decide, by way of a secret ballot vote, to call a strike.”

Any union activist who is discharged or suspended due to their union activities is also entitled to receive benefits from the FDP, as of the 1st day of their disciplinary sanction.

Services offered by the CSN

The CSN is indisputably the best equipped central labour body in Quebec in the area of giving members the services they may require.

Through its 27 regional offices across the province and its professional federations, the CSN has some 700 employees providing members with the following services:

N.B.: in contrast to other union organizations, all these services are included in the dues that members pay. 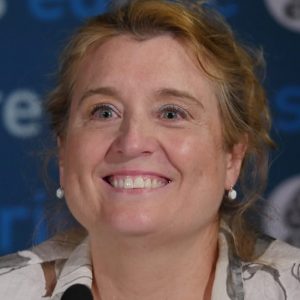