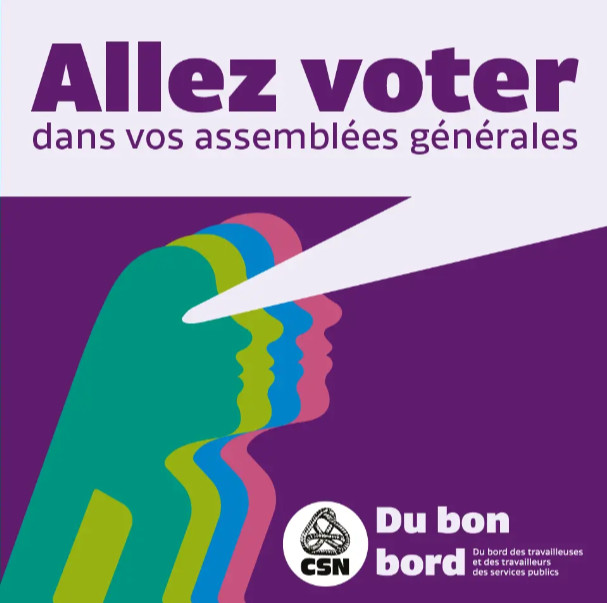 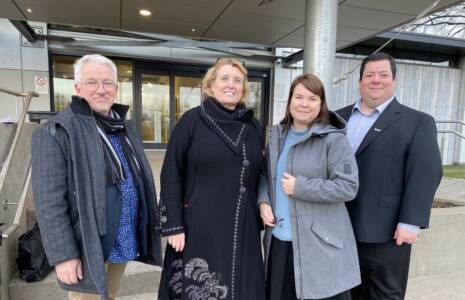 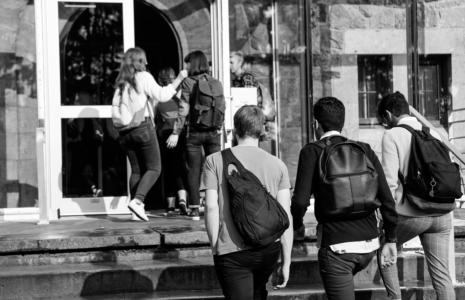 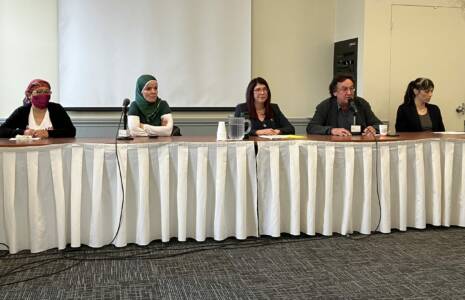 Toward a Truly Inclusive Regularization Program

Twenty community and labour organizations, supported by numerous groups and individuals from academic, faith, and business… 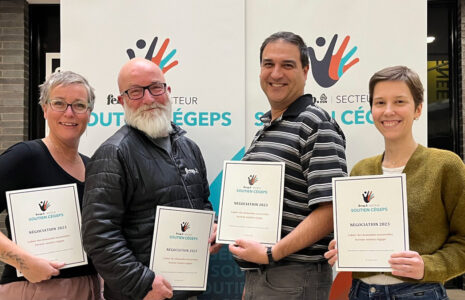 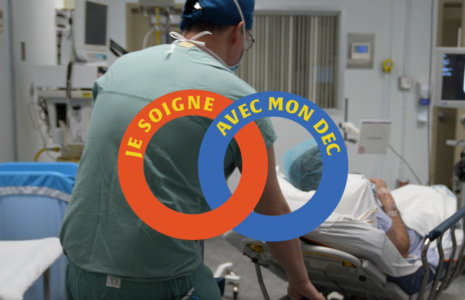 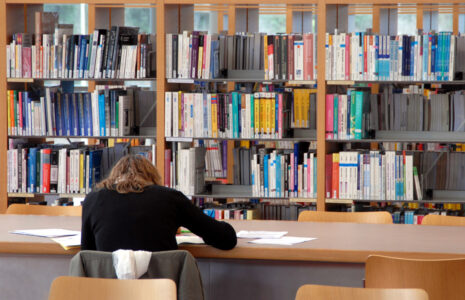 It’s time, Le temps est venu! This is what students, teachers, support staff, professionals and socioeconomic partners are saying on the St. Lawrence and Saint-Lambert campuses of Champlain Regional College (CRC), who have been campaigning for campus autonomy for two years. Gathered at the Cinéma Le Clap for a festive event, supporters of this movement reiterated the foundations and legitimacy of their undertaking.

« People in Québec City are proud of their English-language campus, which enjoys an excellent reputation thanks to its dedicated and dynamic personnel. The structure of Champlain Regional College is obsolete and underfunded; it drains resources that should serve our students, » says Lisa Birch, President of the teaching staff. This is the conclusion of a report by MCE Conseils that compares the funding, governance structure and services offered at Champlain Regional College with those of other CEGEPs. Asked about the findings of this report, Ms. Birch stated that the analysis shows only one conclusion is possible: equitable treatment for each campus is only achievable if each is granted the status of a full-fledged CEGEP.

As a multiregional CEGEP, Champlain Regional College (CRC) receives funding as a single college. This must then be divided among three campuses and the central administration in Sherbrooke. This situation has resulted in the chronic under-hiring of support staff and professionals, which hampers services offered directly to students,” concluded Sylvie Tremblay, Vice President/Treasurer of the Fédération des employées-et employés de services publics (FEESP-CSN).

With its three campuses (Saint-Lambert, St. Lawrence and Lennoxville) spread over three different administrative regions of the province, and with its head office located in Sherbrooke, CRC is the only multiregional CEGEP in Québec. Other regional institutions, created in 1970, were dismantled and replaced by independent colleges. According to Nicole Lefebvre, vice president of the CEGEP sector at the Fédération nationale des enseignantes et des enseignants du Québec (FNEEQ-CSN), “The reasons given at the time to justify the transformation of these institutions included problems with identity, management, representation and finances. All these problems currently exist at Champlain Regional College.”

All stakeholders agree that a locally-appointed board of directors, with full representation from each region’s community and socio-economic groups and each institution’s students, staff and alumni, would allow services to be adapted to the priorities of each region. “With local stakeholders, we could develop initiatives based on regional realities. The result would be a more efficient use of resources that would benefit each community,” adds Richard Garneau, President of support staff at St-Lawrence campus. In its current form, the CRC has only one board of governors, which leads to significant representation problems for each campus.

The communities supporting this project hope their message will finally be heard. “To fulfill their missions fully, the three campuses of Champlain Regional College can and must do better through local governance with full autonomy,” concluded Benjamin Huot, President of the students’ association.

About
Teaching staff unions on the St. Lawrence and Saint-Lambert campuses are affiliated with the Fédération nationale des enseignantes et des enseignants du Québec (FNEEQ-CSN). FNEEQ-CSN represents some 34,000 members in Québec CEGEPs and universities, as well as secondary and college-level private institutions. It is the most representative union organization in higher education in Québec. 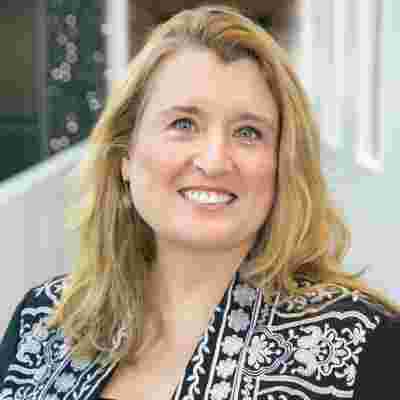